Saturday is typically my morning to sleep in late, but not today. The Redmond Exotic car show held every Saturday in the summer was having their once a year Porsche day and John Walker was having his annual Porsche swap meet. I’ve been looking forward to today for over a month. It required me to get up early, enjoy a fast drive to Redmond and then a nice drive back to the Phinney Ridge area before heading home again. Any excuse to put miles on my car AND spend the day around other Porsches, owners and enthusiasts will work for me.

This was my first time attending and I didn’t know what to expect so I showed up early, arriving a little after 8 am. Holy crap, there were already hundreds of Porsches there and the main strip was completely full. The big back parking lots were filling up quickly. This was turning out to be a huge show even with the occasional rain shower.  I was directed to my spot by the nice volunteers and then spent a few hours walking the lots, seeing all of the beautiful cars and meeting some really great people.

My car was quite pedestrian compared to the beauties at the show: 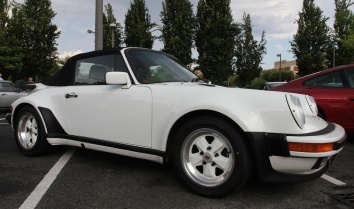 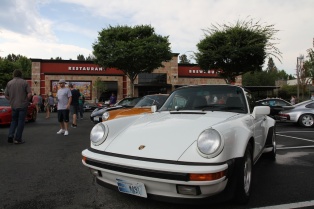 I arrived early and the lots were already almost full.

The lots were full of row after row of gorgeous air cooled 911s:

Is blue my favorite?

This beauty was parked next to me and rightfully stealing all of the attention.

Lovely cars all in a row. More on the RUF later 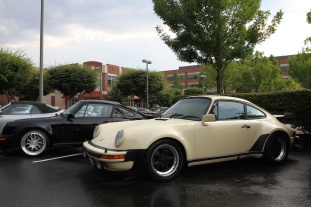 White with black letter is always a winner

An eye catching color on a fast 930

Great contrast between old and new at the show today

This amazing RUF Turbo R was a show favorite, at least my favorite, and the owner was a super nice guy to talk to.  I’m glad to know this rare monster of a 911 lives in West Seattle too and I hope to see it on the local roads soon.  No, I won’t be offering to race it 🙂

And some nice older models:

Stunning, the photo doesn’t do it justice 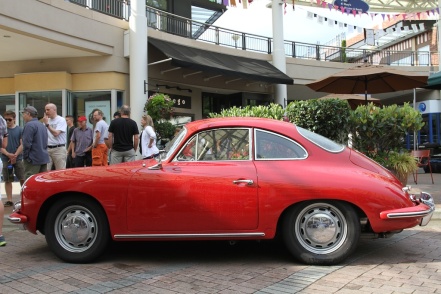 And some race cars that looked fast standing still:

I asked to drive it but they said no

Will this fit in my car

Imagine this thing coming up behind in your rear-view

Okay, there were also some newer models there as well.  As beautiful as they are they just don’t compare to the older models in my view:

The GT was getting a lot of attention

Perhaps more at home in Miami

And finally some non-Porsche distractions.  There were a ton of other cars from Ferrari to Lamborghini, etc. but I was here for the Porsches:

Yes, I put a 911 with a Chevy motor in this section on purpose 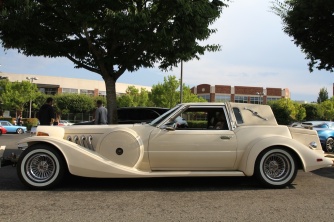 I’m afraid if I drive an Atom I will want to buy one.

And finally I ended the day driving to Phinney Ridge to check out the John Walker swap meet. I arrived pretty late but there was still a lot of activity. People talking cars, people selling parts and one guy so excited about his new Fuchs that he jacked his car up in the parking lot and swapped them right there.  I was too busy looking around to take many photos but for some reason this collection of brake calipers caught my eye:

3 thoughts on “A Great Porsche Day”